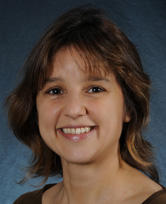 October 4, 2016 — Zeynep Tufekci, a New York Times opinion writer who focuses on the social impact of technology, discussed the advantages and shortcomings of the use of technology in protest movements.

Tufekci, who is also an associate professor in the School of Information and Library Science at UNC, and a faculty associate at the Berkman Center for Internet and Society at Harvard, has studied protests and social movements around the world to observe their culture, decision-making processes, and the role of the internet and social media. Following are some highlights from the conversation. Listen to the full audio below or on iTunes.

“When I say capacity, I’m talking about leverage over power…by narrative capacity, I mean a social movement’s ability to craft its own narrative and have its own framing and its own point of view out there in the world. For the longest time, that was a real challenge.” Narrative capacity has been decoupled from mass media coverage, said Tufekci. “You see this in the United States with Black Lives Matter right now, they are creating their own narrative, even though there are other narratives clashing.”

I have seen protesters around the world organize things that would have taken anybody else without digital technology weeks and months.

Tufekci described how during the 2011 Tahrir Square protests in Egypt, a young pharmacy student was able to use Twitter, Google spreadsheets, and other online tools to coordinate the organization of ten field hospitals, including shifts and the delivery of supplies. “From zero to one hundred miles an hour in logistical capacity takes very little. I have seen protesters around the world organize things that would have taken anybody else without digital technology weeks and months. They can coordinate on the fly.”

The culture of today’s leftist protest movements predates the internet

Tufekci raised the question of why the Occupy movement was not as successful in translating its energy into change in electoral politics. “Protest culture from around the world…comes from this very participatory impulse,” she said. She noted how many protest sites around the world will often include a library. “It is really an expression of exactly what these people are protesting—a lack of voice…libraries symbolize this non-commodified exchange of stuff that is expressive. The book is just an expression of everything that they hold sacred, it’s intellectual, it’s participatory, it’s free…this is not a minor thing.”

“The protest is the reward,” she added. “The protest itself is one of the most existentially jolting, fulfilling things these people are doing, and the participatory nature of it is not some afterthought…and there’s great mistrust of institutions. They are protesting because they do not think you can change things by voting.”

Why do some protest movements fade away before achieving their goals?

“We’re using the internet like Everest mountain climbers use their Sherpas…people who have no business being above 8,000 [meters], because they’re not mountaineers, have managed to get up there….Using the affordances of digital technologies, movements can go from zero to one hundred very quickly, in a participatory manner in which they decide everything in assembly form…but once you get above 8,000 meters, something goes wrong, you’re in real danger. The fact that the Sherpas have carried your oxygen will not save you if you have no mountaineering experience in a crisis.”

This becomes problematic when movements run up against the government—either through force or legislatively, said Tufekci. “You can’t have tactical turns, which any movement needs to do, because the government is going to eventually come for you, and the government is going to learn how to respond to you. What I see around the world in movements is a tactic where the movement keeps trying to go back to what worked the first time. In Egypt, they kept trying to back to Tahrir, in Turkey, they kept trying to go back to Gezi Park.”

“Compare this to the Civil Rights movement which had to go from tactical turn to tactical turn as things changed….To get to [the Montgomery bus boycott] they had 68 organizations that crisscrossed the whole city. By the time you got to day one, you had this massive infrastructure, whereas currently, today’s movements start with the protest, and then they build out. When you look at the March on Washington, you’re looking at a decade of movement building preceded by six months of massive organizing…whereas when you look at the Gezi protest, you’re looking at day one of that movement…The Tahrir protest was like month two.”

“I’m not saying let’s go back to doing everything by the mimeograph…but the process of doing something together over a long period, even though it’s tedious work…as a side effect gave you this organizational capacity and a way of doing things together.”

“[Governments] have learned that they can counter with the same methods by focusing on narrative capacity. They used to censor, and they don’t really censor as efficiently now. What they do instead is drown you in information…you can’t tell what’s what…I’ve got tons of friends in Turkey, internet’s not cut—I can’t tell what’s going on half the time…despite cell phones in a million people’s hands in the region, because every claim is met with ‘oh it’s a hoax,’ there is misinformation…if you’re in power, all you have to do is paralyze people and confuse them, or create enough challenges to credibility.”

Article by Nilagia McCoy of the Shorenstein Center.