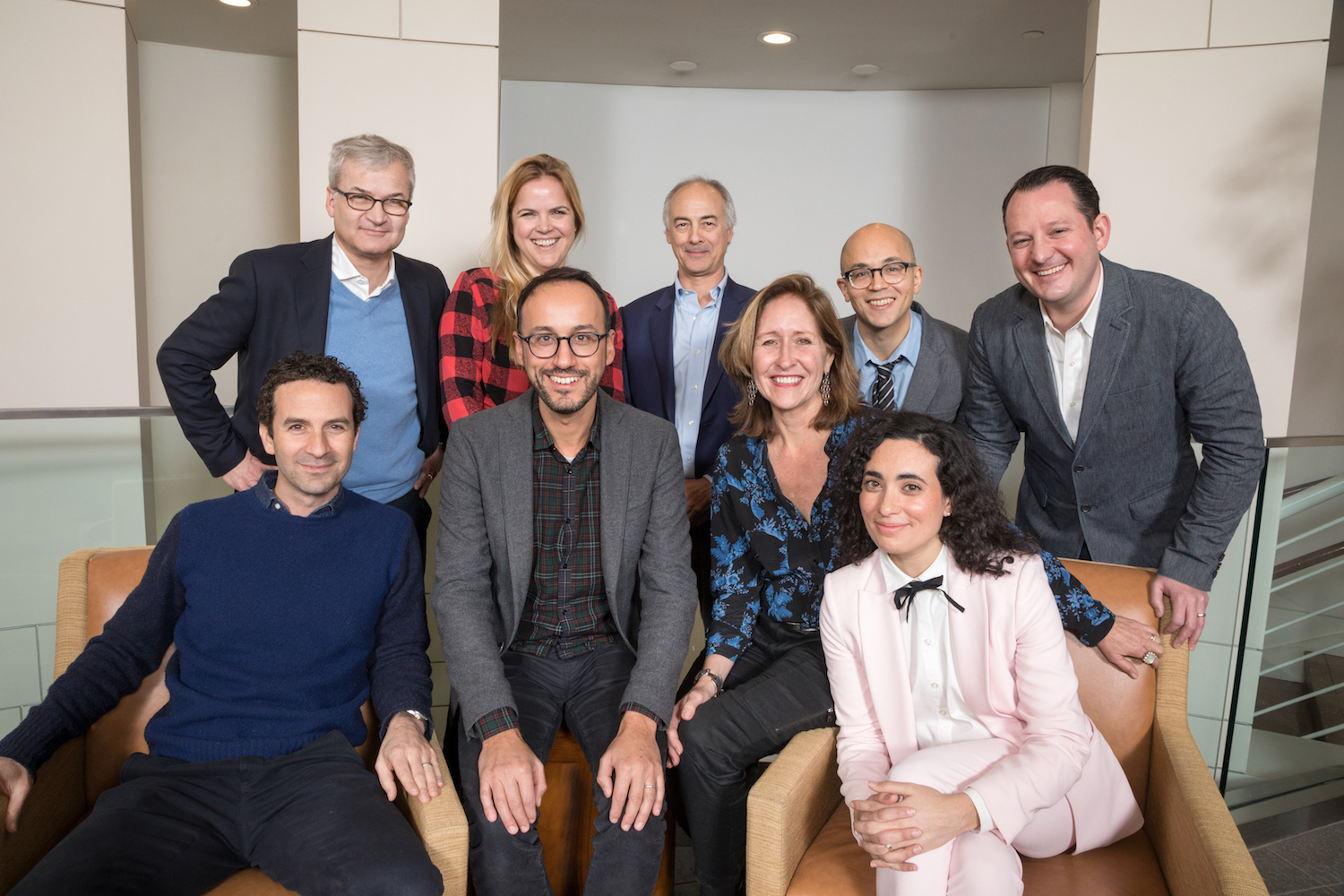 Maria Hinojosa is anchor and executive producer for the Peabody Award-winning show Latino USA, distributed by NPR, and for PBS’s America By The Numbers with Maria Hinojosa. Her nearly 30-year career includes reporting for PBS, CBS, WNBC, CNN, NPR, Frontline, and CBS Radio, and anchoring the Emmy Award-winning talk show Maria Hinojosa: One-on-One. In 2010, Hinojosa created the Futuro Media Group, a nonprofit organization producing multimedia journalism that gives voice to the diversity of the American experience. She is a contributor to CBS Sunday Morning, and is a frequent guest on MSNBC. While at the Shorenstein Center for the 2018-2019 academic year, Hinojosa will lead a student study group on the topic of immigration.

Miguel Head spent the past decade as a senior advisor to the British Royal Family. He joined the Royal Household as Press Secretary to Prince William and Prince Harry before being appointed in 2012 as their youngest ever Chief of Staff. Previously, Head was Chief Press Officer at the UK Ministry of Defense, and worked for the Liberal Democrat party in the European Parliament.  Born in Portugal, he is married to his husband, Rob, and lives in London. While at the Shorenstein Center, Head will do research into how social inequalities in Britain are fomenting the politics of division and how non-political leadership, working collaboratively with traditional and digital media, can play a role in bringing disparate communities together.

Juan Carlos Iragorri is an award-winning Colombian journalist and author who directs Voces RCN, one of the most influential political radio shows in Colombia, and founded Club de Prensa, a Spanish-language television news program broadcasted live in Washington D.C. with foreign journalists and political pundits. He is an international correspondent for Semana magazine, reporting from Washington D.C. and Madrid, and is the founder and director of the Universidad del Rosario Master’s Program in Journalism in Colombia. He received an Emmy award and the Premio Internacional de Periodismo Rey de España for Club de Prensa, and the Premio Planeta de Periodismo for one of his books of interviews. During his time at the Shorenstein Center, Iragorri will write a paper titled “The War against the Media and the Weakening of Democracy: Lessons from Latin America.”

Edward F. O’Keefe served most recently as Senior Vice President, Content Development at CNN, and is a media industry expert in mobile, short-form video, OTT and streaming content. O’Keefe’s initiatives at CNN included expanding the network’s podcasts and short-form non-fiction production (which won CNN a Primetime Emmy for Anthony Bourdain: Explore Parts Unknown), and launching CNNVR. He was previously Vice President of CNN Politics. Prior to CNN, O’Keefe served as the founding editor-in-chief of NowThis, and spent twelve years at ABC News. While at the Shorenstein Center, O’Keefe will write a paper that answers the question “Why Isn’t There More Streaming News?”

Markus Paul Somm was, until late 2018, Publisher and Editor-in-Chief of the Basler Zeitung, the largest daily newspaper in the Basle area of Switzerland. Educated as a historian and political scientist, Somm has published several books on Swiss history and politics. He lives with his family in the Zurich area. While at the Shorenstein Center, Somm will write a paper that focuses on business models for digital media.

Kyla Fullenwider served as the first Chief Innovation Officer of the U.S. Census Bureau. Previously, she was a White House Presidential Innovation Fellow. Fullenwider was a faculty member in the Products of Design department at the School of Visual Arts and in the joint MBA/MA program at Johns Hopkins and the Maryland Institute of Art where she taught social innovation and entrepreneurship. She is a cofounder of two companies and has a diverse portfolio of socially-engaged work spanning nearly two decades. While at the Shorenstein Center,  Fullenwider will lead a seminar on public interest entrepreneurship and write a paper and playbook on “How Cities Can Save the Census: A Local Framework for Our Nation’s First Digital Count.”

Jim Cashel is Chairman of Forum One Communications, a digital communications firm which works at the nexus of technology, public policy, and online community. Cashel will make monthly visits to the Shorenstein Center throughout the semester, and will be researching broadband extension in the developing world and its impact on media.

Nancy Farese is a 2018-2019 Visiting Fellow. Farese is a social entrepreneur, philanthropist and photographer working at the nexus of visual media and social change. She is the founder of PhotoPhilanthropy (2009) and CatchLight (2015), whose mission it is to foster a more robust visual ecosystem to promote civic engagement and mutual understanding. She is an award winning visual journalist and photographer, shooting around the world to visualize social issues for nonprofits including CARE.org, The UN High Commission on Refugees, Mercy Corps and The Carter Center. Farese teaches, writes and blogs on the use of photography for purpose and impact. At the Shorenstein Center she is working to research and amplify excellence and innovation in visual storytelling and photojournalism.

Gabriel London is an award winning documentary filmmaker and social impact campaign director, whose collaborations with notable talent and leading organizations spans nearly 20 years. London is best known for The Mind of Mark DeFriest, an incarceration documentary 13 years in the making, which received wide acclaim at global film festivals and went on to help reduce the title character’s prison sentence by over 70 years. As a founding partner of the social impact creative agency, Found Object, London has created and directed purpose-driven campaigns on issues including veterans’ health, opioid addiction and climate change. This work combines documentary storytelling with social activation, to drive multi-stakeholder involvement and audience engagement. While at the Shorenstein Center, London will write a paper and associated media content strategy on “Hanging by a Thread: Serialized Storytelling in a Post-Factual Era”.