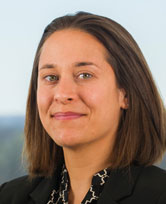 Politico’s Nancy Scola: Reporting on and Regulating the Tech Industry

October 24, 2017 — Nancy Scola, senior technology reporter for Politico, discussed the regulation of tech platforms, their role in the 2016 election, cyber security, and more during a visit to the Shorenstein Center. Below are some highlights from her conversation with Nicco Mele, Shorenstein Center Director, as well as the full audio. The Shorenstein Center’s podcast is also available on iTunes, Google Play, iHeartRadio, and Stitcher.

A new interest in platform regulation

“There’s been a confluence of events that has created an environment in which there is a lot of momentum towards regulation…what seems to be the involvement of Russian forces in the U.S. election has raised a lot of attention on how there were so [few] rules around platforms like Facebook, Google, and Twitter. Now, there’s a whole lot of discussion about, hey, this has been a little bit of a Wild West for a while, that worked out well, we had a flourishing of new technologies—now’s the time we step in and put some rules of the road in place for them.”

“I think it’s gotten better. For a long while, the reputation of Washington was that they were not overly skilled at analyzing some of these more complex technology questions. There’s been a lot of attention on hiring staff that are better at this sort of thing, paying more attention to the mechanics of some of these platforms in ways that they hadn’t in the past. I think there’s been, around the Russian investigation in particular, a lot of focus on these 3,000 ads that one specific ‘troll farm’ in Russia seems to have placed on Facebook during the course of the 2016 election, and there was a push for Facebook to turn those ads over to Congress, which they eventually did. They also turned it over with payment information showing how those ads had been paid for, many in rubles, and they also turned over information about how those ads had been targeted…you look at the cache of data that Facebook’s now handed over to these, essentially lawyers on Capitol Hill to make sense of, and part of the conversation that’s starting to happen around these investigations is, we just don’t have the expertise to make sense of 3,000 ads, and targeting data, and payment data, and to see patterns in how those things work…If we’re going to make sense of this stuff, we need not only congressional investigators, the special counsel investigators, but the companies to step in and provide some technological expertise, and the intelligence community to step in and provide some expertise.”

“There have been small advances made, but I think if you look at Washington’s ability, as a whole, to deal with some of these technological questions, it hasn’t advanced very much, certainly not at the pace that the technology has advanced.”

The threat that [tech platforms] see looming on the horizon is the conversation around algorithmic transparency.

“The threat that [tech platforms] see looming on the horizon is the conversation around algorithmic transparency. It’s just getting started in Washington. It’s a pretty robust conversation in Europe, where there’s a lot more demand that if you’re going to play the role, essentially of utilities, in our society, we need to be able to peek under the hood. That’s only started to get traction in the United States…last week, there was a bill introduced called the Honest Ads Act, and it would essentially port the same rules from television, radio, newspapers, to the online space. You’ve seen the newspaper advertisement and it says paid for by ‘candidate x’…they would have to have those same sort of disclaimers on ads on platforms like Facebook. And Facebook and some of the other companies, which have pretty long resisted having those sorts of disclosures, newly seem open to having some of those rules…the semi-cynical take on that is they know they’re going to be regulated in some way, and this is regulation that they can live with.”

“In the United States, our response tends to be on a lot of these issues, to treat them as commercial matters. So if there’s a commercial platform that is being abusive to consumers in some way, we treat that as an issue for the FTC to take care of after the fact, rather than coming in with rules ahead of time that say this is how these platforms need to work, so that would keep it more of an FTC issue [rather than FCC]. Part of the argument that you hear from technologists is that we don’t want preemptive rules, because that discourages innovation.”

“Some of these companies, they are so big, who knows what one part knew and one part didn’t. If you look at Facebook in particular, they’ve been doing work after the election about so-called fake ads, or disinformation, spread on their platform, and they’ve enlisted third-party fact-checkers to help them on some of those efforts, and those third party fact-checkers are talking to one product manager, in one part of the company…these companies are so complex and sprawling, it’s not as if there’s one person sitting in a room looking at every system and understanding how the platform is being used by nefarious actors.”

The importance of cyber security

“I am a big proponent of the idea that we need to rename cyber security because it’s something that people think of like a medical checkup…just get your cyber security taken care of, and then you don’t have to worry about it—when it’s something that a campaign has to think of as part of the core of what they do, a party has to think of it as the core of what they do, secretaries of state have to think of it as probably their first job in a lot of ways. I hate to call for a national conversation, but I think we need a national conversation about how cyber security is maybe the thing we have to think most about right now. And people are starting to think about it with the Equifax situation, I think that was eye-opening, but I think we have to find new ways of talking about it.”

Underreported stories at the intersection of tech and politics

How, fundamentally, is technology changing what the United States of America even means?

“This isn’t really a discrete story—but the idea of how we engage with each other as Americans, and how our communities are developing, and the impact on democracy, and how that’s being shaped by technology. Everything from jobs to communities that used to meet in person that now meet online on Nextdoor to discuss things happening in their community. That’s more of a social science question—how, fundamentally, is technology changing what the United States of America even means?”