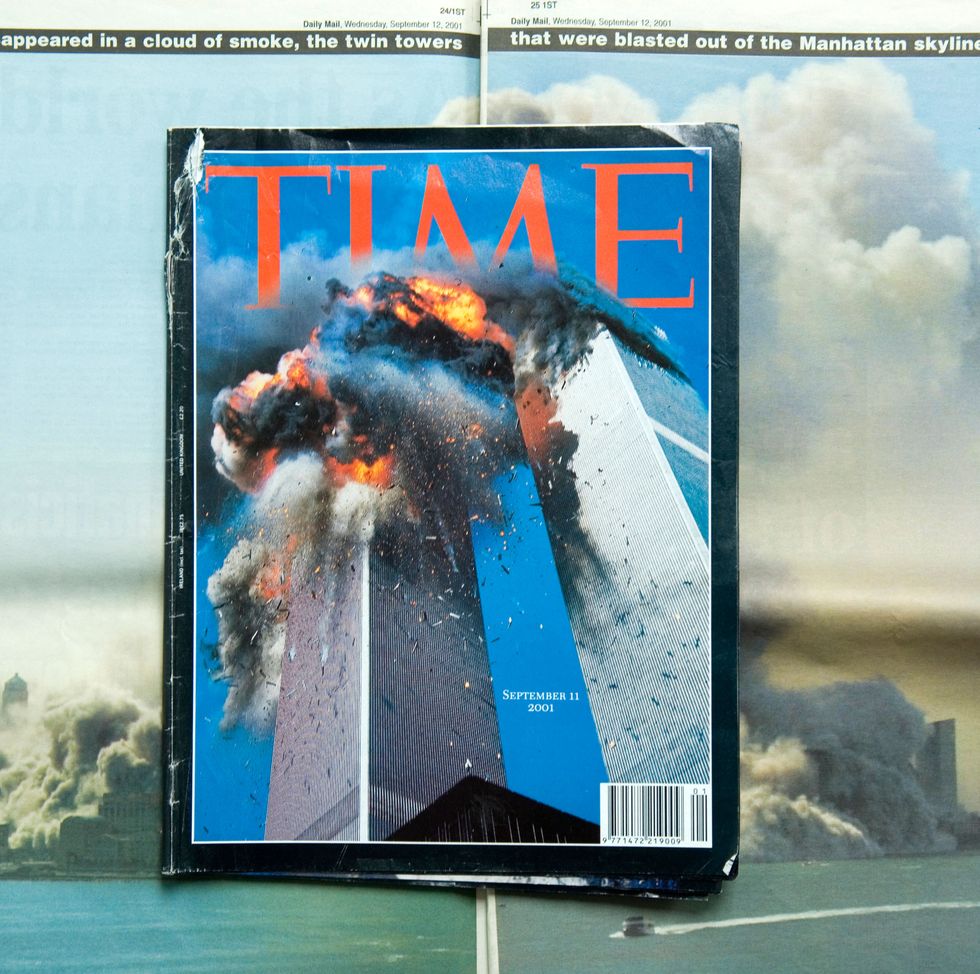 “If you want to humble an empire it makes sense to maim its cathedrals. They are symbols of its faith, and when they crumple and burn, it tells us we are not so powerful and we can’t be safe,” begins the black-bordered TIME cover story published on September 14, 2001 – just days, and a massive undertaking from the entire staff of the magazine, after the attacks of September 11th.  Nancy Gibbs, now the Shorenstein Center’s Director, wrote the story with reporting filed by the minute from around the country and the world.

She told the story of how the piece came together, and was published so quickly after the attacks, in this interview with Marie Claire magazine. Excerpts from her narrative of the unprecedented journalistic feat that resulted in a real-time history of the day are below:

“At around 10:30 a.m., Jim Kelly [the managing editor of TIME] called me after coming out of meetings figuring out what to do. At the time, the magazine closed on Friday night. We could still update it into Saturday and print it on Sunday to be on newsstands Sunday night/Monday morning. But, of course, it’s Tuesday morning. [Jim] had explored with other Time Inc. magazines, especially People, about whether we could [switch with them to] get TIME on the printing presses in advance of our normal print run. And he told me if we can finish everything by six o’clock [the next] night, we could publish a special issue that would be [published] on Thursday, [September 13 and on newsstands Friday, September 14]. So I said, “Just tell me which story you want me to do.”

“Ordinarily, if you’re going to try to do a whole magazine in 24 hours instead of seven days, the logical thing would be to split it up and one person writes about New York and one person writes about the attack on the Pentagon and one would look at how government agencies were responding and who might have done this. You would just divide it up into 10 pieces in a parallel process. Instead he says, “Well, I only want one story and everyone else is going to go report it and file to you. I just want you to tell the story of today. Think of it as a time capsule. We don’t know who did this. We don’t know what is going to happen five days or five years from now because of this. Just tell me the story of today.” It was a test of speed as much as anything else. And he had no safety net. If I didn’t get words on the page, he was going to have nothing other than a lot of pictures.”

“I honestly don’t remember the act of writing. I feel like we all wrote [the story] together. I can tell you right now that I think the strongest line in the story, I did not write. Josh Tyrangiel, who would go on to become the editor of Businessweek and then go over to Vice and HBO, wrote it. He sent me the line, “On a normal day, we value heroism because it is uncommon. On Sept. 11, we valued heroism because it was everywhere.” The insights, how people were processing, what we were all living through…I was just trying to do justice to what they were seeing and learning.”

“Ultimately, I strongly believe that human beings need stories the same way we need air and food and water. It’s how we make sense of things. And I think it’s the responsibility of journalists in the face of events like [9/11] to just try to find the story and the characters whose actions have meaning. This story had so many characters in it [whose] meaning was of sacrifice and of kindness and of courage. And those are the stories that sustain us. As horrific and harrowing as that day was, I keep coming back to heroism in unexpected places. That is what lingers with me 20 years later.”

Read Nancy Gibbs’ full interview about the TIME September 11th cover story here, part of a series of reflections from female journalists who covered September 11th in the most recent issue of Marie Claire.