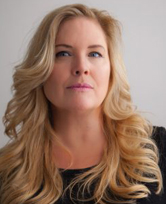 March 20, 2018—Heather Ann Thompson, a historian at the University of Michigan and Pulitzer Prize-winning author, discussed the Attica Prison uprising of 1971, its media coverage, and its legacy. Below are some highlights from her conversation with Khalil G. Muhammad, Professor of History, Race, and Public Policy at Harvard Kennedy School, as well as the full audio. The Shorenstein Center’s podcast is also available on iTunes, Google Play, iHeartRadio, and Stitcher.

The 1971 Attica Prison uprising and its media coverage

“This was a prison uprising in 1971 that was really the first prisoner rights rebellion that was covered by the media…The media was also central in actually helping to negotiate what would hopefully be the peaceful end of this…despite all of these best efforts, and very productive negotiations for four days and four nights, the state of New York under the leadership of Governor Nelson Rockefeller decided to take this prison with unimaginable force. The result was a massacre: 39 men, both prisoners and guards, shot to death, 128 in total shot, and then these men were tortured for days, weeks, months.”

“This is where the media angle gets very interesting, because this is not at all what was reported. What was reported right after this retaking was that the prisoners had actually killed the hostages, the prisoners had killed the guards, they had slashed their throats, they had castrated one of them. That lie, which was delivered by the commissioner of corrections and the PR machine of the corrections [department] was on the front page of The New York Times, the front page of the LA Times, it went out over AP, so therefore it was the story in every small town newspaper in America. That was critical, I argue, because essentially, that story sours a generation of people on civil rights, on prisoner rights.”

“A local coroner…reports the truth: these men have been shot, the only people who have guns are law enforcement…these reporters are furious, they feel bamboozled, they feel embarrassed because this is their reputation under these bylines, and so they try to correct the story. Interestingly, that’s when the editors get involved and they say, well, do we know what crimes these guys committed? I’m not sure we should do a story that makes us look bad, we should do a story that points out that these guys are rapists, robbers, murderers, thieves…the editors were very worried about some of the reporters, that they were being too sympathetic to the prisoners, and really wanted to pull those stories—and  they did pull those stories.”

The legacy of Attica and other instances of state violence

“Attica helps to explain the punitive ethos that will then…bring all the voters on board to say, ‘hell yes,  these people should be locked up forever, they should have no human rights, the civil rights movement is bankrupt’…the media is ground zero for helping to explain that shift. In 1970, most people polled…actually thought the death penalty should never be part of the American criminal justice system, believed that prisoners had basic human rights, thought that guards should have more training, and in fact, corrections officials were already talking more about the need to decarcerate, to go towards community corrections. This is even as the war on crime is amping up. Then [in] ‘73, drugs become massively illegal, and we start to have this punitive ethos that we as historians have had a hard time explaining. You can’t just say racism, because that’s ubiquitous, that’s the story of American history.”

“Kent State, Chicago ‘68, Wounded Knee ‘73, Attica ‘71, Orangeburg [Massacre], you name the place, and it’s very interesting how the state’s rhetoric of who was the violent party, and who needed to be reigned in was weirdly at odds with what we know as historians, and certainly the people at the time on the ground knew, to be the origins of the violence—which was extraordinary state violence in this period. And yet somehow, voters say, ‘we want more.’”

The importance of language in news stories

Journalism is incredibly important because the way that stories are told in those initial moments changes history.

“Attica is increasingly being used as a case study [in journalism schools]. I think the Central Park Five is another one, because if you look at the coverage at the time, there was no question that these guys were guilty, there was a term at the time called ‘wilding,’ this thing that only young black boys did, which was act wild and commit crimes anywhere they went…that kind of rhetoric—does it matter? Of course it matters because it shapes an entire generation’s understanding of events.”

“What is ethically allowable sometimes is not enough…It is ethical to say that Eric Garner had had previous run ins with the law, but is that relevant?…Think about what your audience is taking from that when you say it.”

“Mom says [to young people] ‘go be a doctor, you can actually save lives,’ well in some respects, journalism is incredibly important because the way that stories are told in those initial moments changes history. They literally change the direction of what’s going to happen next.”

“It is kind of shocking and shameful that institutions of confinement—whether those are detention centers, prisons, jails, youth facilities—the vast majority are public, 7 percent are private—which means that we all pay for them, we all ostensibly put our faith in  them, we all trust them to keep the nation stable, and they have zero responsibility and accountability to society. If you compare it to, for example, public schools, prisons have a catastrophic failure rate, by their own definition, which is recidivism. They have a 78 percent failure rate. And we just continue to throw money at them, build them, trust them to do what they’re doing. Put that together with the fact that we now know as social scientists and researchers that they actually make us less safe, and that mass incarceration actually destroys communities. How do you close that gap in information?”