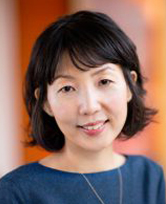 This webinar is part of the speaker series on misinformation, co-sponsored by the NULab at Northeastern University.

Election interference raises grave normative concerns. Unfortunately, due to conceptual and methodological challenges, little scientific knowledge has been generated about election interference. This talk discusses the mechanisms by which election interference occurred and the extent to which it influenced the electorate. The talk presents Kim’s research on covert digital campaigns by unidentifiable, unattributable groups ahead of the 2016 US elections. Kim’s analysis is based on large-scale political ad data that her team, Project DATA (Digital Ad Tracking & Analysis), collected independently from tech platforms by utilizing a user-based, real-time, ad-tracking tool and “reverse engineering” techniques. Kim’s research uncovers the prevalence of foreign and domestic “suspicious” groups (i.e., unidentifiable, unattributable, untraceable groups that do not leave any public footprint) and their targeting, messaging, and organizational strategies and tactics (e.g., voter suppression and asymmetric [de]mobilization). Furthermore, it reveals the structure of covert coordination that facilitated the deep penetration of election interference campaigns into the electorate. The talk offers insight into regulatory policies and discusses the implications for the functioning of democracy.

Young Mie Kim, an Andrew Carnegie Fellow, is a Professor of the School of Journalism and Mass Communication and a Faculty Affiliate of the Department of Political Science at the University of Wisconsin-Madison. Kim’s research concerns data-driven, algorithm-based, digitally mediated political communication. Her recent research project, Project DATA (Digital Ad Tracking & Analysis), empirically investigates the sponsors, content, and targets of digital political campaigns across multiple platforms with a user-based, real-time, ad tracking tool that reverse engineers the algorithms of political campaigns. Kim’s research, “The Stealth Media? Groups and Targets behind Divisive Issue Campaigns on Facebook,” identified “suspicious groups,” including Russian groups on Facebook. The work received the Kaid-Sanders Best Article of the Year in Political Communication (2018) awarded by the International Communication Association. Kim testified at the Federal Election Commission‘s hearings on the rulemaking of internet communication disclaimers and presented Congressional briefings on election interference on social media. Her research on Russian election interference in the US presidential election was cited by the Senate Select Committee on Intelligence. Kim spoke at the European Parliament on her research on data-driven political advertising and inequality in political involvement.