Surviving an Enemy of the Press: Lessons from Russia 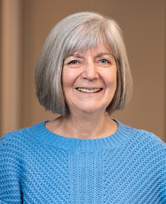 Ann Cooper is a Spring 2020 Joan Shorenstein Fellow, she has more than 25 years of radio and print reporting experience. She also worked as executive director of the Committee to Protect Journalists prior to joining the Columbia Journalism School faculty, where she retired in 2019 as CBS Professor Emerita of Professional Practice. Cooper’s voice was well known to National Public Radio listeners as NPR’s first Moscow bureau chief, covering the tumultuous events of the final five years of Soviet communism. She has continued to write about the glasnost era, the subsequent decline of press freedom in Russia, and Russia’s global media strategy. Cooper worked as NPR’s bureau chief in Johannesburg 1992-1995, where her coverage of South Africa’s first all-race elections helped NPR win a duPont-Columbia silver baton for excellence in broadcast journalism. Iowa State University, where Cooper majored in journalism, has honored her with its James W. Schwartz award for service to journalism and its Alumni Merit Award, given “for outstanding contributions to human welfare that transcend purely professional accomplishments and bring honor to the university.” While at the Shorenstein Center, Cooper is writing a paper on “Russian Media and the Legacy of Glasnost.”