Selective Exposure to Misinformation: Evidence from the Consumption of Fake News During the 2016 U.S. Presidential Campaign 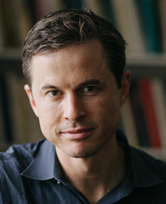 Speaker series on fake news and misinformation, co-sponsored by the NULab at Northeastern University.

Though some warnings about online “echo chambers” have been hyperbolic, tenden- cies toward selective exposure to politically congenial content are likely to extend to misinformation and to be exacerbated by social media platforms. We test this prediction using data on the factually dubious articles known as “fake news.” Using unique data combining survey responses with individual-level web tra c histories, we estimate that approximately 1 in 4 Americans visited a fake news website from October 7-November 14, 2016. Trump supporters visited the most fake news web- sites, which were overwhelmingly pro-Trump. However, fake news consumption was heavily concentrated among a small group — almost 6 in 10 visits to fake news web- sites came from the 10% of people with the most conservative online information diets. We also find that Facebook was a key vector of exposure to fake news and that fact-checks of fake news almost never reached its consumers.

Brendan Nyhan is a Professor of Government at Dartmouth College. He received his Ph.D. from the Department of Political Science at Duke University in 2009 and served as a RWJ Scholar in Health Policy Research at the University of Michigan from 2009-2011. His research focuses on political scandal; misperceptions about politics and health care; social networks; and applied statistical methods. Previously, he was co-editor of Spinsanity, a non-partisan watchdog of political spin that was syndicated in Salon and the Philadelphia Inquirer. He is also a co-author of All the President’s Spin, a New York Times bestseller that Amazon.com named one of the ten best political books of 2004. He is a contributor to The Upshot blog at The New York Times (March 2014-) and a co-founder of Bright Line Watch (January 2017-). He previously served as a media critic for Columbia Journalism Review (November 2011-February 2014).