2017 Theodore H. White Lecture on Press and Politics with Nancy Gibbs: “The Divided States of America” 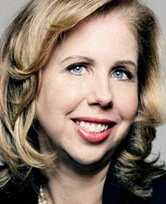 Also at the event, the David Nyhan Prize for Political Journalism will be presented to Kevin Cullen, Boston Globe columnist.

Watch the live stream at the Harvard IOP website.

Nancy Gibbs is the Editorial Director of Time Inc., and former Editor of Time Magazine, which has 50 million readers worldwide. Gibbs joined Time as a fact checker in 1985 and worked as a writer and editor before holding senior management positions. She was named Time’s 17th managing editor in 2013. She was the first woman to hold the position. Gibbs is one of the most published writers in the history of Time, having been an essayist and lead writer on virtually every major news event of the past two decades, including four presidential campaigns and the September 11 attacks. She has written more cover stories for Time than any other writer in its history and won the National Magazine Award for her cover story of Time’s black-bordered September 11, 2001 special issue. She is the co-author, along with Time’s Michael Duffy, of two best-selling presidential histories: The President’s Club: Inside the World’s Most Exclusive Fraternity (2012), which spent 30 weeks on the New York Times Bestseller list, and The Preacher and the Presidents: Billy Graham in the White House (2007).

Kevin Cullen is a columnist for The Boston Globe. He worked as a local, national and foreign correspondent before becoming a columnist. He served as bureau chief in Dublin and London. He has worked at the Globe‘s Spotlight Team, and was part of the team that won the Pulitzer Prize in Public Service in 2003 for exposing the cover-up of sexual abuse by Roman Catholic priests. In 2014, he won the Mike Royko Award as best columnist chosen by the American Society of Newspaper Editors, was part of the team awarded the Pulitzer for breaking news for coverage of the Boston Marathon bombings, and was a Pulitzer finalist in commentary. He is the only two-time winner of ASNE’s Batten Medal for writing about the marginalized. He is the co-author of the New York Times bestseller, Whitey Bulger, a finalist for the National Book Critics Circle Award. He was a 2003 Fellow at the Nieman Foundation for Journalism at Harvard.