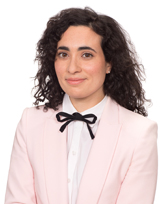 Beyond White Feminism: Not ‘Healing’ the US Back to an Anti-Feminist Future

This event has passed.
Register

In the wake of the 2020 Presidential Election and the COVID-19 pandemic there has been a growing narrative about “healing” the country and “getting back to normal.” For women and other marginalized genders, specifically, going “back to normal” means exploitative labor, poor wages, and lack of paid and/or subsidized parental leave and childcare among other issues. These issues affect women of color, queer women, disabled women, immigrant women, as well as gender nonconforming people disproportionately and are a barrier to equity and opportunity for all.

On January 25th, 2021 the Shorenstein Center hosted Koa Beck, Spring 2019 Joan Shorenstein Fellow and author of the new book White Feminism: From the Suffragettes to Influencers and Who They Leave Behind, in conversation with Benita Roth, Professor of Sociology, History and Women’s Studies at Binghamton University, and author and activist Barbara Smith for a discussion about the ways that gender policies, platforms, and initiatives can be pushed forward and re-envisioned for a more inclusive future that doesn’t return to the old “normal.”

This event was cosponsored by the Women and Public Policy Program at Harvard Kennedy School.

Koa Beck is the former editor-in-chief of Jezebel and co-host of “The #MeToo Memos” on WNYC’s The Takeaway. She was a Joan Shorenstein Fellow in Spring 2019, and recently published the paper “Self-Optimization in the Face of Patriarchy: How Mainstream Women’s Media Facilitates White Feminism.” Previously, she was the executive editor of Vogue.com and the senior features editor at MarieClaire.com. For her reporting on gender, LGBTQ rights, culture, and race, she has spoken at Harvard Law School, Columbia Journalism School, The New York Times, and The Metropolitan Museum of Art, among other institutions. She has also been interviewed by the BBC for her insight into American feminism. Her literary criticism and reporting have appeared in TheAtlantic.com, Out, The New York Observer, TheGuardian.com, Esquire.com, Vogue.com, MarieClaire.com, among others. Koa was a guest editor for the 2019 special Pride section of The New York Times commemorating the 50th anniversary of the Stonewall riots, editing such prominent voices as Kate Bornstein, Gavin Grimm, Julia Serano, and Barbara Smith, among other activists. Her book, White Feminism: From the Suffragettes to Influencers and Who They Leave Behind, was published by Simon & Schuster in January 2021.

Professor Benita Roth studies the interaction of gender, race/ethnicity, sexuality and class in postwar social protest. Her book, Separate Roads to Feminism: Black, Chicana, and White Feminist Movements in America’s Second Wave, published by Cambridge University Press, won the 2006 Distinguished Book Award from the Sex and Gender Section of the American Sociological Association. She has also published on gender dynamics within the militant anti-AIDS movement, on racial/ethnic and class inequalities among working women, specifically domestic workers in the United States. During the academic year 2006-2007, she was awarded a 2007 SUNY Chancellor’s Award for Excellence in Teaching. She was an associate editor for the Journal of Women’s History from 2010-2015. Professor Roth’s second book, The Life and Death of ACT UP/LA: Anti-AIDS Activism in Los Angeles from the 1980s to the 2000s was published Cambridge University, 2017. Professor Roth is currently working on researching grassroots responses to the opioid epidemic from an intersectional perspective that considers, gender, race/ethnicity, class and sexuality as key components of these responses. Professor Roth is the director of Binghamton University’s Women, Gender, and Sexuality Studies (WGSS) program.

Barbara Smith is an author, activist, and independent scholar who has played a groundbreaking role in opening up a national cultural and political dialogue about the intersections of race, class, sexuality, and gender.  She was among the first to define an African American women’s literary tradition and to build Black women’s studies and Black feminism in the United States.  She has been politically active in many movements for social justice since the 1960s. Her career is documented in Ain’t Gonna Let Nobody Turn Me Around: Forty Years of Movement Building with Barbara Smith (SUNY Press). Smith was a cofounder of the Combahee River Collective in 1975 and of Kitchen Table: Women of Color Press in 1981, the first U. S. publisher for women of color to reach a wide national audience. She served two terms as a member of the City Council in Albany, New York from 2006 to 2013.  In 2005 she was nominated for the Nobel Peace Prize.