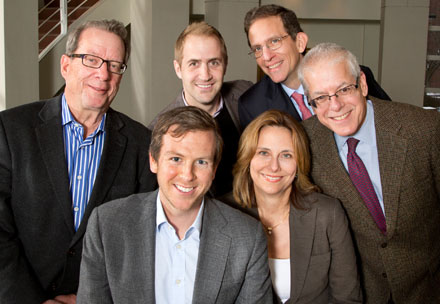 January 24, 2014 – The Joan Shorenstein Center on the Press, Politics and Public Policy, located at Harvard’s John F. Kennedy School of Government, is pleased to announce its 2013 Spring Fellows.

“We have an all-star group of fellows from the heights of journalism and politics and the pinnacle of digital technology, and it promises to be a semester that is super-rich for students interested in these things,” said Alex Jones, the Center’s director.

Shorenstein Fellows spend the semester researching and writing a paper, and interacting with students and members of the Harvard community.

Peter Hamby is a national political reporter for CNN, based in the Washington bureau. He reports on campaigns and politics across multiple platforms for CNN’s domestic and international television networks and covers digital politics for CNN.com. While a Fellow at the Shorenstein Center, he will look into the impact of online journalism on the transparency of political campaigns.

Melinda Henneberger is a political writer for The Washington Post, where she writes a twice-weekly column and anchors the She the People blog. She was a correspondent for The New York Times in the Washington and Rome bureaus, and was the founder and editor-in-chief of Politics Daily, an online political news magazine. Her research project at the Shorenstein Center will focus on women voters in the 2012 election.

John Huey was the editor-in-chief of Time Inc. from 2006 until December 2012, overseeing the editorial content of all Time Inc.’s U.S. magazines, websites, and other digital content including Time, People, Fortune, Sports Illustrated, Entertainment Weekly and Real Simple. He has held senior executive positions at Fortune and The Wall Street Journal. While at the Shorenstein Center, he will write about the future sustainability of quality journalism in a severely challenged financial environment.

Paul Sagan is executive vice chairman of Akamai Technologies and was the company’s chief executive officer from 2005 until January 2013. He joined Akamai in 1998 as COO and also served as the company’s president. In 1981, he began his journalism career as a news writer at WCBS-TV and was named news director in 1987. In 1991, he joined Time Warner, designed and launched NY1 News and was president and editor of new media at Time Inc. from 1995-97. At the Shorenstein Center, he will look at the evolution of journalism from the early proprietary online services to the Web services of today and possible models for the future.

Michael Slaby was Chief Integration and Innovation Officer for the Obama campaign in 2012 and Chief Technology Officer for the campaign in 2008. He has also worked as executive vice president and digital global practice chair at Edelman and chief technology strategist at TomorrowVentures. At the Shorenstein Center, Mr. Slaby will pursue a project about the role of media and technology in political campaigns and how those successes can be applied to broader social issues and organizations.

The Joan Shorenstein Center on the Press, Politics and Public Policy is a Harvard research center dedicated to exploring the intersection of press, politics and public policy in theory and practice. The Center strives to bridge the gap between journalists and scholars and, increasingly, between them and the public. More information about the Center is available at www.shorensteincenter.org.