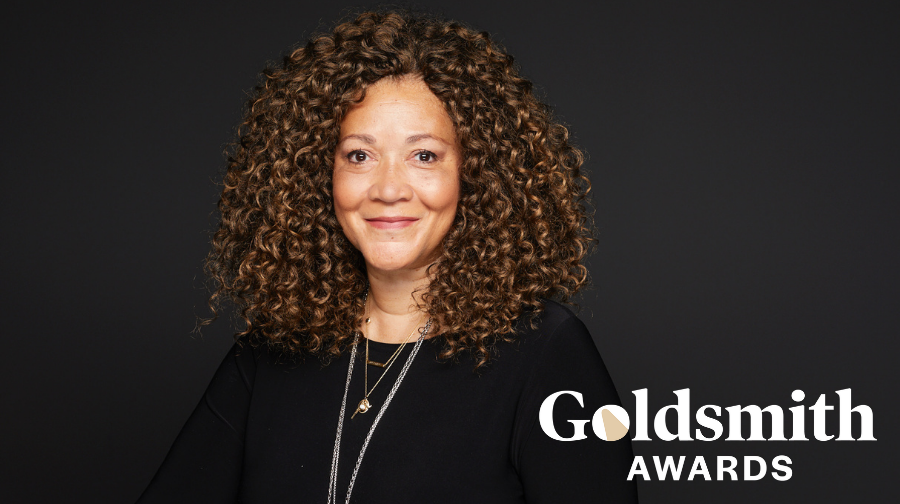 The Goldsmith Career Award for Excellence in Journalism is given annually for outstanding contributions to the field of journalism, and for work that has enriched our political discourse and our society. This year’s winner is Michele Norris, whose career in print, television, and radio has made her a leading voice on race, identity, and the nature of modern American democracy.

“The music of Michele’s writing is matched by its moral power,” says Shorenstein Center Director Nancy Gibbs. “She picks up the hard questions and examines them fearlessly, in a way that has made her one of the great, wise voices of this generation.”

Norris will be the featured speaker at this year’s Goldsmith Awards ceremony, to be held on April 5, 2022 in Harvard Kennedy School’s John F. Kennedy Jr. Forum. The in-person ceremony will be open to Harvard ID holders, and will be live-streamed for the public at GoldsmithAwards.org and ShorensteinCenter.org, as well as by the Institute of Politics, which hosts the JFK Jr. Forum.

Michele Norris is a columnist for The Washington Post opinion page and her voice will be familiar to followers of public radio, where from 2002 to 2012 she was a host of National Public Radio’s afternoon magazine show, All Things Considered. Norris is also the Founding Director of The Race Card Project, a Peabody Award-Winning narrative archive where people around the world share their experiences, questions, hopes, dreams, laments, and observations about identity –in just six words–as the starting point for conversations about race.  Norris is also a National Geographic Storytelling Fellow.

She is the author of The Grace of Silence, A Memoir where Norris turns her formidable interviewing and investigative skills on her own background to unearth long-hidden family secrets that raise questions about her cultural legacy and shed new light on America’s complicated racial history. Norris is currently at work on her second book exploring race and identity in America in the period bookended by the presidencies of Barack Obama and Donald Trump.  She has received numerous awards for her work, including Emmy, Peabody, and Dupont Awards. In 2009, she was named “Journalist of the Year” by the National Association of Black Journalists. Before joining NPR in 2002, Michele spent almost ten years as a reporter for ABC News in the Washington Bureau. She has also worked as a staff writer for the Washington Post, Chicago Tribune, and the Los Angeles Times.

Norris was a 2015 Joan Shorenstein Fellow at the Shorenstein Center on Media, Politics and Public Policy. She is a judge for The Chancellor Awards and a board member for the Peabody Awards. She is also a board member of the President Obama oral history project at Columbia University and the storytelling committee for the Obama Presidential Center under construction in the South Side of Chicago.

The Goldsmith Awards, founded in 1991 and funded by a gift from the Greenfield Foundation, strives to foster a more insightful and spirited public debate about government, politics and the press, and to demonstrate the essential role of a free press in a thriving democracy.