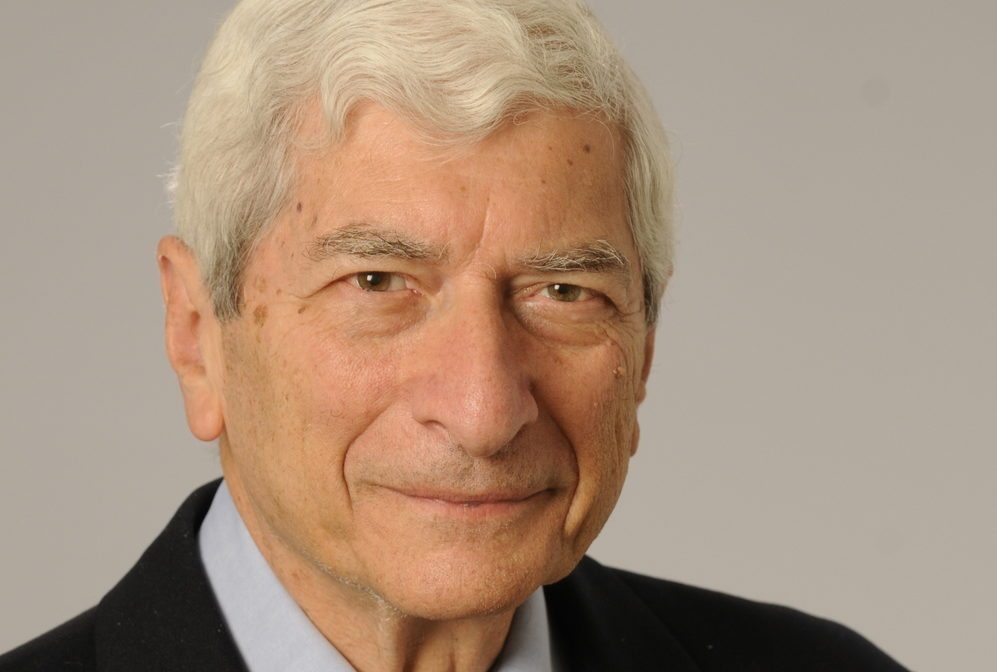 At a ceremony on Wednesday, May 26, 2021, Harvard University’s Graduate School of Arts and Sciences (GSAS) awarded the Centennial Medal to Marvin Kalb, AM ’53, Edward R. Murrow Professor of Practice, Emeritus, Harvard Kennedy School.

The critical importance of truth and ethics in American journalism has never been clearer—and Marvin Kalb, is one of the nation’s greatest standard-bearers of journalistic excellence and integrity. An expert on the impact of media on public policy and politics and founding director of the Shorenstein Center on Media, Politics and Public Policy at Harvard Kennedy School, Kalb began his distinguished career in journalism as the last correspondent personally hired by Edward R. Murrow; he served as chief diplomatic correspondent for the CBS Evening News with Walter Cronkite and later as moderator for NBC’s Meet the Press. He is currently Edward R. Murrow Professor of Practice, Emeritus, at Harvard Kennedy School, and has hosted The Kalb Report, a public broadcasting series on media ethics, for 26 years.

“For Marvin Kalb’s superlative leadership and advocacy for the highest standards of integrity, both as a journalist and as founding director of the Shorenstein Center on Media, Politics and Public Policy at Harvard Kennedy School,” said Emma Dench, dean of GSAS, “we are proud to award him the 2021 Centennial Medal.”

In the formal citation in honor of his award, key figures at the Shorenstein Center celbrated Kalb’s contributions to the Center, the Kennedy School, and the study of media, politics, and public policy:

Thomas Patterson, Bradlee Professor of Government and the Press at Harvard Kennedy School, characterizes Kalb as an extraordinary and inclusive leader. “Marvin had a broad vision of how a research center could strengthen journalism’s contribution to democracy, and he created programs dedicated to that purpose,” Patterson says. “He was unstinting in his belief that trust in the news media rested on its unwavering commitment to the highest standards of accuracy, fairness, and inclusiveness. I can’t imagine anyone better than Marvin to have been the founding director of the Shorenstein Center.”

Fittingly, a professorship has been established in Kalb’s honor at Harvard Kennedy School, with funding provided by the Ansary Foundation. Matthew Baum, the inaugural Marvin Kalb Professor of Global Communications, credits Kalb with setting the course of his career. “It was a paper of his, published by the Shorenstein Center, that inspired my doctoral dissertation, eventually leading to my presence here after it became my first book,” Baum explains. “I owe him my current position twice over.”

The Center’s current director, Nancy Gibbs, is grateful for Kalb’s early leadership in elevating and celebrating the core principles that define the free press. “The Shorenstein Center could not have the influence and impact it now enjoys without the strong foundation Marvin built,” Gibbs says. “Only someone with Marvin’s remarkable mix of brains and muscle and charm and sheer force of will could have created a center that so effectively bridged the theories of the academy with the practices of our newsrooms. Our mission during this very challenging period for democracy is to study, strengthen, and sustain the values that Marvin embodies.”