With an unprecedented number of Muslim candidates running in the midterm elections, a virulent Islamophobic backlash has erupted in some districts — often laced with online mis- and disinformation. More than 90 American Muslims sought statewide or national office this year, and about 50 made it through the primaries, up from just 16 in 2016. Several of the most prominent Muslim Democratic candidates have drawn Islamophobic ire from hate-filled corners of the internet.

This online anger, fed by manipulated or fabricated memes and social media posts, echoes the anti-Semitic and anti-immigrant vitriol that spewed from the online accounts of the accused Pittsburgh synagogue attacker and other far-right extremists who espouse white nationalism and xenophobia. The anti-Muslim crusaders rarely even bother to disguise their views. 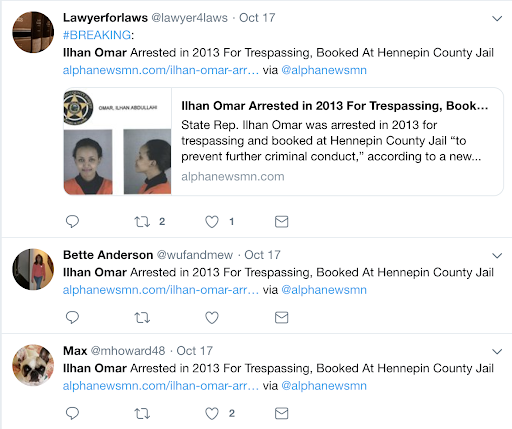 Internet attackers accuse some Muslim candidates of links to terrorism and extremism through association with the Council on American-Islamic Relations (CAIR) or Linda Sarsour, an American activist on behalf of American Muslims.

Online foes describe Sarsour as connected to Hamas, anti-Semitic, extremist and radical for her anti-Zionist views. Sarsour has denied claims of being anti-Semitic or of having connections to Hamas. 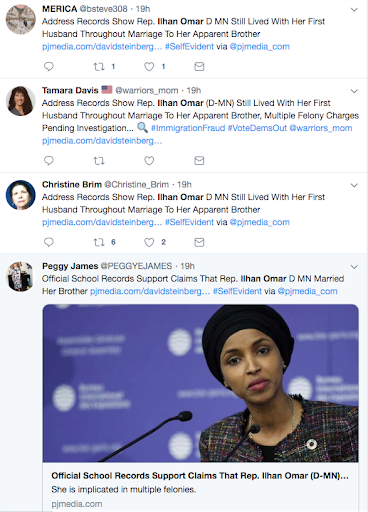 Some online critics have wrongly interpreted Sharia law to associate Muslim candidates with gender inequality and what fact checker Snopes described as “harsh corporal punishments such as stoning, lashings, and amputations.”

Ilhan Omar, a Somali-American and Minnesota’s Democratic nominee for its fifth congressional district, faced online allegations that she had married her brother, which she called an absurd lie. But Twitter users accused her of incest and said the practice is “allowed in Sharia Law,” a groundless claim. Sites that have criticized her include the Creeping Sharia blog. 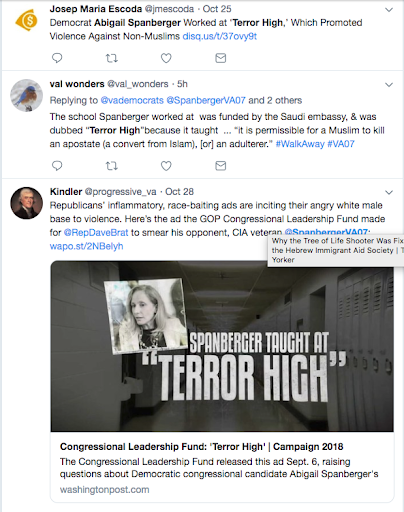 In October, Hunter highlighted Campa-Najjar’s Palestinian background, called him a “known security risk” and criticized a donation to CAIR in a Facebook post. The same day, Breitbart published a critical article on the donation and former Project Veritas staffer Laura Loomer called Campa-Najjar “terror-tied.” Loomer tied him to his grandfather, who was part of the Palestinian terrorist group that killed eleven Israeli athletes at the Munich Olympics in 1972; she urged Californians to “not vote for jihadis.”

Campa-Najjar is a Christian who was born in San Diego, years after his grandfather died. All of these narratives then spread heavily on social media, despite The Washington Post and NPR reporting on the false allegations being presented.

Conservative social media users stir up emotions over “scandals” involving Muslim candidates, which then echo on conservative news sites and back onto social media channels. Waves of posts paint the candidates as “evil” or as someone who “hates the police;” that was the descriptor when Rashida Tlaib, a House candidate from Michigan, was arrested while taking part in a pro-labor rally.

Minnesota’s Omar was attacked by MNGOP CD5, the Minnesota GOP’s district unit, on a new website, StopIlhan.com, accusing her of a litany of scandals. The website collects a series of allegations: marrying her brother and committing immigration fraud, “criminal behavior” leading to her arrest, misusing campaign funds and anti-Semitism among others.

A fact check by the AP analyzed and reported on many of the allegations, questioning many of the details. Her supporters say the reporting on Omar’s arrest in 2013 and ethics violations was taken out of context in headlines and made to look more sinister than in reality. Other online sites that frequently attack her include PJ Media and Alpha News; social media users then circulate these articles widely. 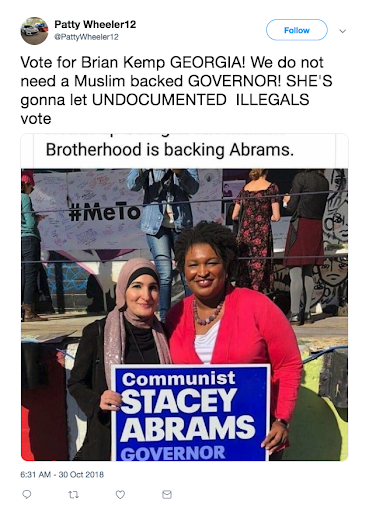 This anti-Muslim rhetoric reaches non-Muslims as well. Andrew Gillum in Florida, Stacey Abrams in Georgia and Abigail Spanberger in Virginia–all Democrats running in tough races–have been targets of social media belligerence because of their relationships with Muslim people or entities.

Gillum and Abrams, who are running to be the first African-American governors of their states, have been called “dangerous” and a “threat to America” because of Sarsour’s endorsement.

In northern Virginia, TV ads targeted Spanberger for her substitute-teaching job at a Saudi-funded Islamic school in Northern Virginia in 2002-2003. The high school has been dubbed “Terror High” because some alums joined al-Qaeda and criticized Spanberger for working at a school “which promoted violence against non-Muslims.” This has spread the narrative widely on social media.

According to The Washington Post, Spanberger received two federal security clearances after disclosing her teaching work to the Postal Service and the CIA, which sent her overseas as a covert agent fighting terrorism.