The Time Has Come to Regulate Digital Platforms 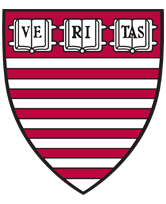 Join us for a discussion with Tom Wheeler, Phil Verveer, Gene Kimmelman, Mignon Clyburn, and Jason Furman around the recently released paper “New Digital Realities; New Oversight Solutions in the U.S., The Case for a Digital Platform Agency and a New Approach to Regulatory Oversight” from the Shorenstein Center’s Digital Platforms & Democracy Project.

Registration for this event has closed, you can find a recording below:

Tom Wheeler is a businessman, author, and was the 31st Chairman of the Federal Communications Commission (FCC) from 2013 to 2017. He is presently a Senior Fellow at the Shorenstein Center at Harvard Kennedy School and a Visiting Fellow at the Brookings Institution.

Phil Verveer’s legal career included government service and private practice. He is the former Deputy Assistant Secretary of State for International Communications and Information Policy and Senior Counsellor to the Chairman of the FCC and was the Justice Department’s the first lead counsel on United States v. AT&T which resulted in the breakup of AT&T. He is presently a Senior Fellow at the Shorenstein Center at Harvard Kennedy School.

Gene Kimmelman is one of the nation’s leading consumer protection advocates. With a career that has extends from the Antitrust Subcommittee of the United States Senate to the Antitrust Division of the Department of Justice, and public advocacy groups such as Consumers Union and Public Knowledge. He is presently a Senior Fellow at the Shorenstein Center at Harvard Kennedy School.

Mignon Clyburn served as a Commissioner of the U.S. Federal Communications Commission from 2009 to 2018, including as acting chair. While at the FCC, she was committed to closing the digital divide and championed the modernization of the agency’s Lifeline Program, which assists low-income consumers with voice and broadband service. She promoted diversity in media ownership, initiated Inmate Calling Services reforms, supported inclusion in STEM opportunities and fought for an Open Internet.

Jason Furman is Professor of the Practice of Economic Policy jointly at Harvard Kennedy School (HKS) and the Department of Economics at Harvard University. He is also nonresident senior fellow at the Peterson Institute for International Economics. This followed eight years as a top economic adviser to President Obama, including serving as the 28th Chairman of the Council of Economic Advisers from August 2013 to January 2017, acting as both President Obama’s chief economist and a member of the cabinet.