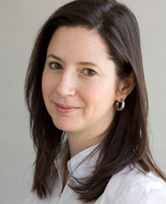 Dafna Linzer is managing editor of politics for NBC News and MSNBC. She previously served as managing editor of MSNBC Online. Before joining MSNBC, she was an award-winning senior investigative reporter at ProPublica and is the author of “Shades of Mercy,” a series and e-book on racial bias in presidential pardons. Previously, she covered national security for the Washington Post and was a special projects reporter and foreign correspondent with the Associated Press, based in Jerusalem and at the United Nations.