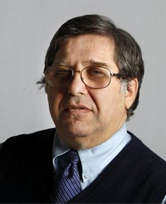 This event has passed.
Register

On Friday, October 23, 2020 the Shorenstein Center hosted a webinar with 2019 David Nyhan Prize for Political Journalism winner James Goodman, and previous winners David von Drehle (2018) and Nancy Kaffer (2016), discussing the challenges facing local newsrooms during the COVID-19 pandemic. The conversation was moderated by Nancy Gibbs, Director of the Shorenstein Center.

You can watch a recording of the event below:

James Goodman’s journalism career has been dedicated to telling the stories of victims of injustice. Currently, he writes about immigration for The Progressive. Previously, Goodman spent three decades on the staff of Gannett newspapers in Rochester, New York, where he wrote in-depth articles for the Democrat and Chronicle on such issues as student debt, race relations and the emergence of African Americans as a political force, the legacy of Frederick Douglass in Rochester, and the plight of undocumented immigrants. At the Rochester Times-Union he wrote editorials on topics including climate change, unfairness in the criminal justice system, and the infringement of immigrant rights. Goodman has also written for The Nation and Justice Watch. He holds a BA from the University of Wisconsin and a MA in European History from Harvard University. His first job in journalism was as a freelance reporter writing about European politics for his hometown paper, the Milwaukee Journal.

Nancy Kaffer is a columnist for the Detroit Free Press and member of the Free Press‘ editorial board. She writes about politics, policy and the complicated relationship between the two. Kaffer covers state, local and national politics. She joined the Free Press in 2012, and previously worked at Crain’s Detroit Business, the Hattiesburg (Miss.) American, Metro Times and the Dearborn Press & Guide.

David Von Drehle is a columnist for The Washington Post, where he writes about national affairs and politics from a home base in the Midwest. He joined The Post in 2017 after a decade at TIME Magazine, where he wrote more than 60 cover stories as editor-at-large. During a previous stint at The Post, Von Drehle served as a writer and editor on the National staff, in Style, and at the Magazine. He is the author of a number of books, including the award-winning bestseller “Triangle: The Fire That Changed America.”

Nancy Gibbs is the director of the Shorenstein Center and the visiting Edward R. Murrow Professor of Practice of Press, Politics and Public Policy. Until September 2017, she was Editor in Chief of TIME, directing news and feature coverage across all platforms for more than 65 million readers worldwide, as well as Editorial Director of the Time Inc. News Group. Gibbs was named TIME’s 17th editor in September 2013, the first woman to hold the position, and remains an Editor at Large. During her three decades at TIME, she covered four presidential campaigns and is the author of more cover stories than any writer in TIME’s near-100 year history, including the black-bordered “September 11” special issue, which won the National Magazine Award in 2002. She is the co-author, along with Michael Duffy, of two best-selling presidential histories: The President’s Club: Inside the World’s Most Exclusive Fraternity (2012), which spent 30 weeks on the New York Times Bestseller list, and The Preacher and the Presidents: Billy Graham in the White House (2007).