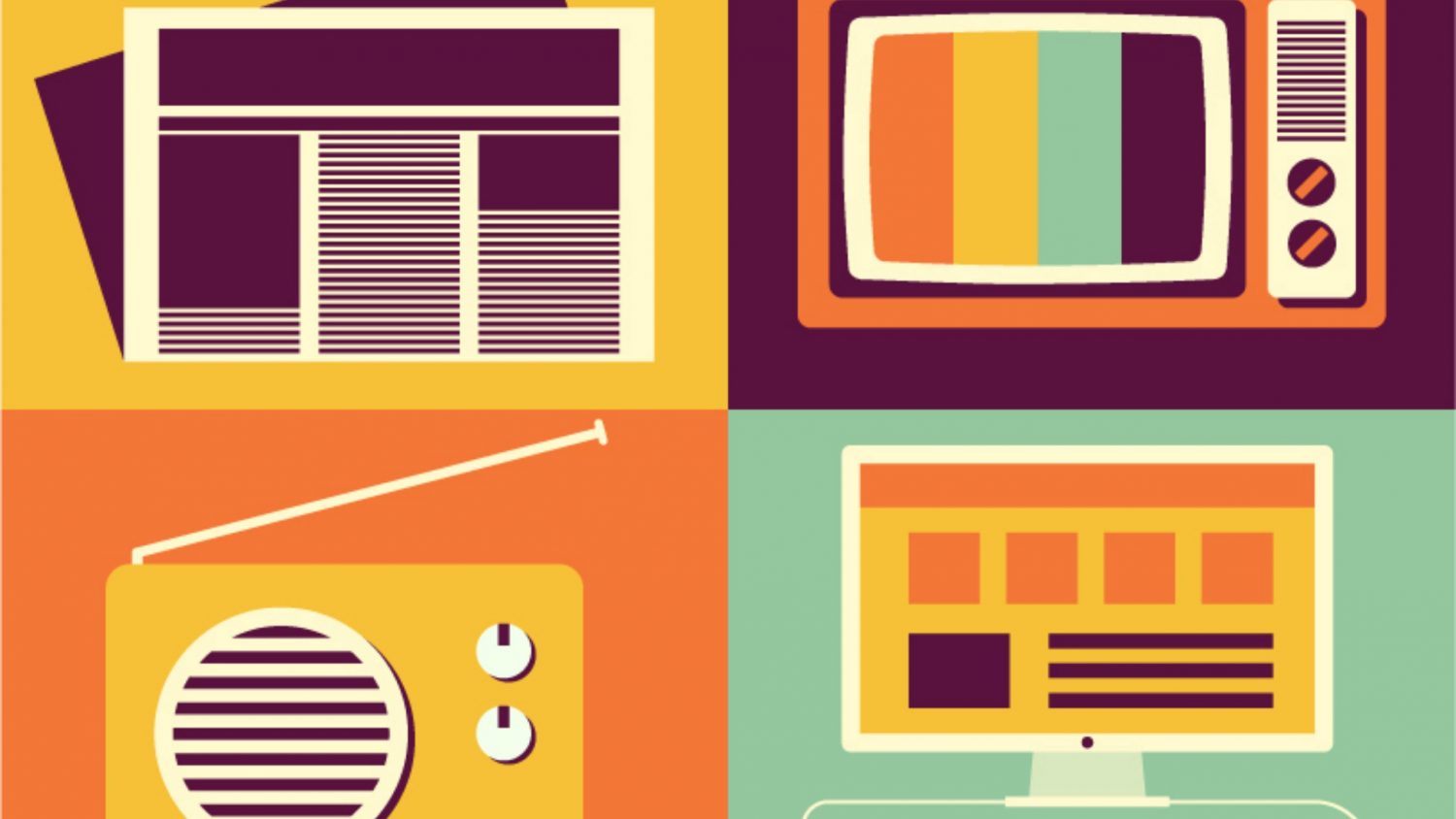 Share on facebook
Share on twitter
Share on linkedin
Share on print
Elizabeth Hansen, PhD, Project Lead for the Public Media Mergers Project at the Shorenstein Center
The Public Media Merger project is taking an in-depth look at the public media/digital newsroom mergers across the country in the last decade, to understand how they are working (and not working), what it takes to make these mergers successful (and what should be avoided), and what can be learned that will benefit newsrooms in other communities.

We are entering a new era of journalism in which responsive, civically-minded local newsrooms engage with their communities to provide news and information that matters.

The business practices that support this new role will not be what we’ve seen in the past in local news, particularly as local newspapers collapse. But there is evidence that these practices work — and can be sustainable in ways that bring newsrooms closer to the communities they serve. The field research I’ve done in news organizations large and small across the country supports this conclusion. And the policy and academic conversations I’ve helped lead these last four years at the Tow Center, the Berkman Klein Center, and now the Shorenstein Center have brought me to a new hypothesis:

Public media is an ally and anchor in the new local journalism landscape.

This is a relatively new idea to those outside of public media, but it’s catching on.

In 2018 I had just published The Guide to Audience Revenue and Engagement (in collaboration with Emily Goligoski at the Membership Puzzle Project) that looked mostly at what small, digital nonprofit newsrooms were doing to build their audiences and grow their revenue. But it was puzzling to me that even though public radio organizations were, in many ways, leaps and bounds ahead of their smaller, digital counterparts in professionalizing fundraising and membership, no one in local news seemed to be noticing.

The mission of public broadcasting stations is to serve the public with quality information and programming. More than 1,400 local public radio and television stations together reach 98% of Americans with free over-the-air and digital content. An average of 28.5M people weekly tune into NPR programming, and public radio’s digital audience — including podcasting from publishers like PRX and WNYC Studios — includes more than 60M unique users per month.

And public media has been investing in local journalism. According to data collected by the Corporation for Public Broadcasting and shared by the Station Resource Group, station-based, full-time journalists at these stations have increased by 30% over the past 5 years to 3,068 in 2018. The total public broadcasting ecosystem is now greater than $3.2B, supporting over 4,600 journalists.

While building a local digital audience for news has been a struggle for many stations, the number of free-standing digital news outlets has been growing. The Institute for Nonprofit News (INN) calculates that local entrepreneurs have been launching an average of one new digital newsroom per month, every year for the past 12 years. INN now counts more than 230 member outlets in a $450M ecosystem. These newsrooms are providing vitally important investigative, daily, and explanatory news coverage to their communities.

Public media organizations and digital newsroom organizations clearly have a lot to learn from each other and could probably be stronger together. So why aren’t these two worlds talking?

As it turned out, they have started to. In 2013 the first wave began, when the St. Louis Beacon merged with St. Louis Public Radio, and iNews merged with Rocky Mountain PBS. In 2015, the small investigative outlet Crosscut merged with KCTS 9 in Seattle to form Cascade Public Media. Then in early 2018, Laura Walker, then CEO of New York Public Radio, helped shepherd the triple merger and revival of local sites, providing new homes for the Gothamist at WNYC, the LAist at KPCC in Los Angeles, and the DCist at WAMU in Washington, DC. And when Spirited Media began to wind down earlier this year, its sites the Denverite and Billy Penn merged with Colorado Public Radio and WHYY in Philadelphia. Most recently, the merger of NJSpotlight with NJTV and WNET in New York closed in March 2019.

But even though the world of public broadcasting and the world of digital news are coming closer together, we actually don’t know much about how well those integrations work.

For a pragmatic researcher like me, who wants academic work to be actionable as well as insightful, this is precisely what we need to know. It is time to dive in and uncover what is working and what isn’t.

The Public Media Merger project is taking an in-depth look at the public media/digital newsroom mergers across the country in the last decade, to understand how they are working (and not working), what it takes to make these mergers successful (and what should be avoided), and what can be learned that will benefit newsrooms in other communities.

I’m not coming at this with rose-colored glasses. I spent three years doing an ethnographic study deep in the trenches of public radio, and I’ve seen up close the ways in which innovation inside these institutions can be difficult to execute. But I have also studied start-ups and small newsrooms, where there are formidable challenges for young organizations with a steep learning curve for journalist-entrepreneurs.

To understand why a study of the new forms of local public broadcasting isn’t just an interesting side-show, it’s worth taking a step back to see the wider media landscape that local journalism is facing.

On the one hand, we’re awash in media. This is the era of “Peak TV” and the golden age of podcasting — in which a diverse set of creators are producing the kind of high-quality niche content that broadcasters five decades ago could not have dreamed was possible to profitably produce and distribute. But, we are also losing print-based, advertising-supported sources of trusted local news at a faster clip than anyone anticipated. And social media at scale has clearly helped drive a collapse of trust and truth.

Digital platforms and the business models that support viable commercial publishing enterprises are increasingly hostile environments for high-quality, trusted local news and information. And the majority of the reading public, overwhelmed with political news and social media, plagued by decades of real wage stagnation, and often under-served by traditional local journalism, are reluctant to pay for traditional sources of local news.

We’ve addressed a market failure in media before. In 1967, Congress passed and President Lyndon Johnson signed into law The Public Broadcasting Act. Content for smaller and under-served audiences, and that served public or civic ends, was being crowded out of commercial broadcasting. The Act established the Corporation for Public Broadcasting and provided annual support to local stations to fund national and local programming that had important civic and educational benefits, but limited commercial appeal to advertisers.

The Act reads, in part:

(6) it is in the public interest to encourage the development of programming that involves creative risks and that addresses the needs of unserved and underserved audiences, particularly children and minorities;

(7) it is necessary and appropriate for the Federal Government to complement, assist, and support a national policy that will most effectively make public telecommunications services available to all citizens of the United States;

CPB and public media stations were a solution to the media market failure of a different era — can the system transform into a local news solution that helps address our current one?

To be clear, public media is not a silver bullet. Addressing market failures in local journalism is not going to be an either/or proposition. When I tell people I lead the local news sustainability research at Shorenstein, people often ask me, “so what’s the solution to the local news crisis?” My answer: there isn’t one answer, and it’s going to look different in different places.

Over the long term, I think a new Public Broadcasting Act is in order — one that is designed to address digital media dynamics and the market failure in local news. Some outside and inside public broadcasting think so too. The American Journalism Project — which is mounting a venture philanthropy model to invest in local nonprofit news and assist its business development — is a clear and thoughtful response to the brutal economic realities facing local news. Entrepreneurs like those in the Local Independent Online News Association are building small-scale news enterprises in collaboration with their local business communities and readers, using powerful services like the News Revenue Hub to grow their audience and revenue.

The hypothesis of the Public Media Merger project is that re-imagining and re-creating existing public broadcasting institutions is another step in a new direction for local journalism. The data and findings we uncover will illuminate a richer story.

The Public Media Merger Project is a research project of the News Sustainability Program at the Shorenstein Center on Media, Politics, and Public Policy at the Harvard Kennedy School. The project is supported by the Public Media Venture Group and the Google News Initiative.

This post has been cross-published on the project’s Medium Blog.